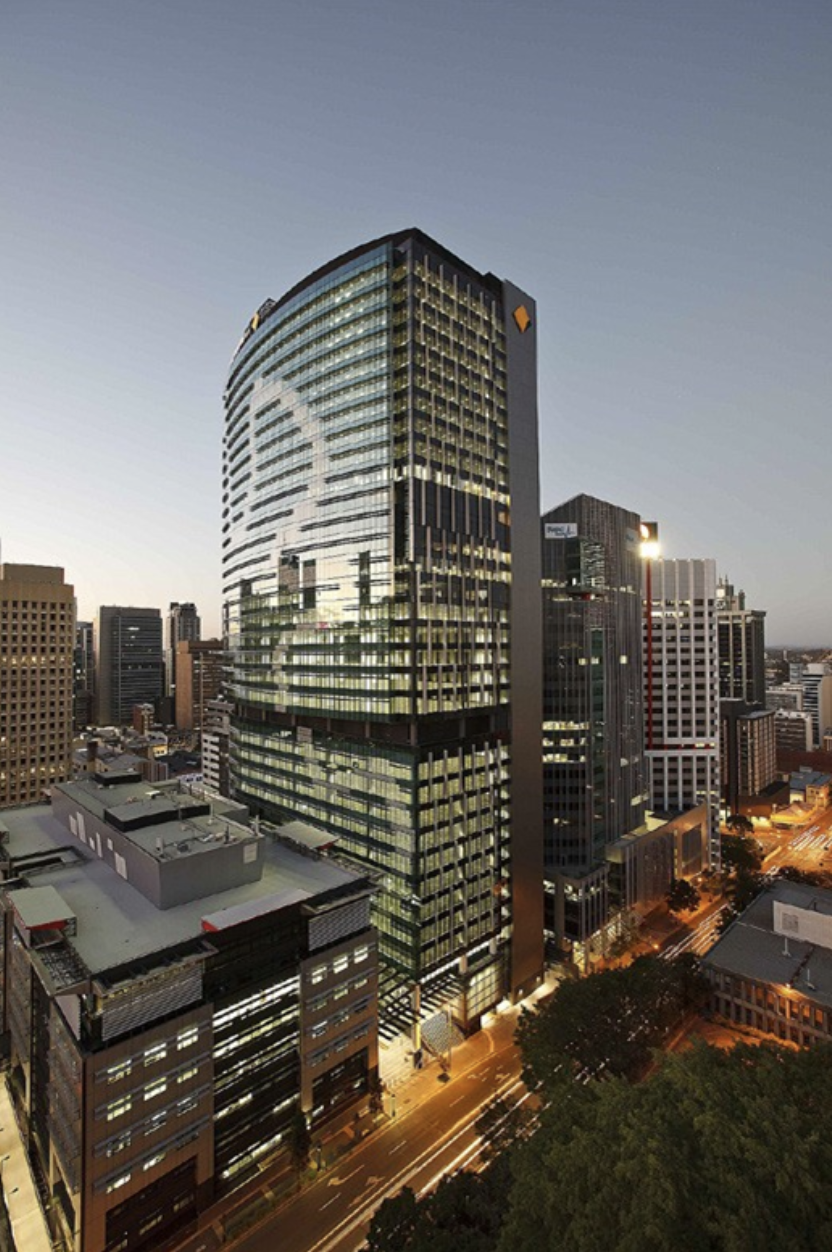 Located on a particularly unique-shaped site, the Ann Street address posed various challenges for the team including working with an existing rail tunnel, maintaining a portion of the existing car park and carrying out construction next to the neighbouring building which were located on the same site.

The basement carpark of the tower straddles an underground rail line which feeds into Central Station. The new carpark floors were required to align with the existing carpark floors under the adjacent building on the site. This configuration meant Floth designed the services reticulation and substation in a highly constrained area, plus structural considerations were that the design of the lift shaft could not be situated directly above the rail tunnel. This meant the lift shaft was situated to one side of the tower. The benefit of this design is that it provides a large open plan floor plate, rather than central core, which gives tenants greater flexibility for their tenancy layout.

With the target set on achieving a 6 Star Green Star Office Design Version 3 Rating, Floth utilised tri-generation technology which recycles waste heat from the plant to use for space heating, dehumidification, cooling and domestic-use hot water heating. Floth implemented a dehumidification system for the central air conditioning plant to prevent mould inside the supply air duct work. Reducing the humidity prevents mould growth, thus improving the quality of the supply air and consequently the indoor environment for the building tenants.

Floth also designed a 100kW solar PV for the tower’s roof, which reduces the CO2 emissions by 116,000kgs per annum. The use of the solar PV panels also assist the tower in reaching and exceeding the targeted 5.5 Star NABERS Energy Base Building rating.