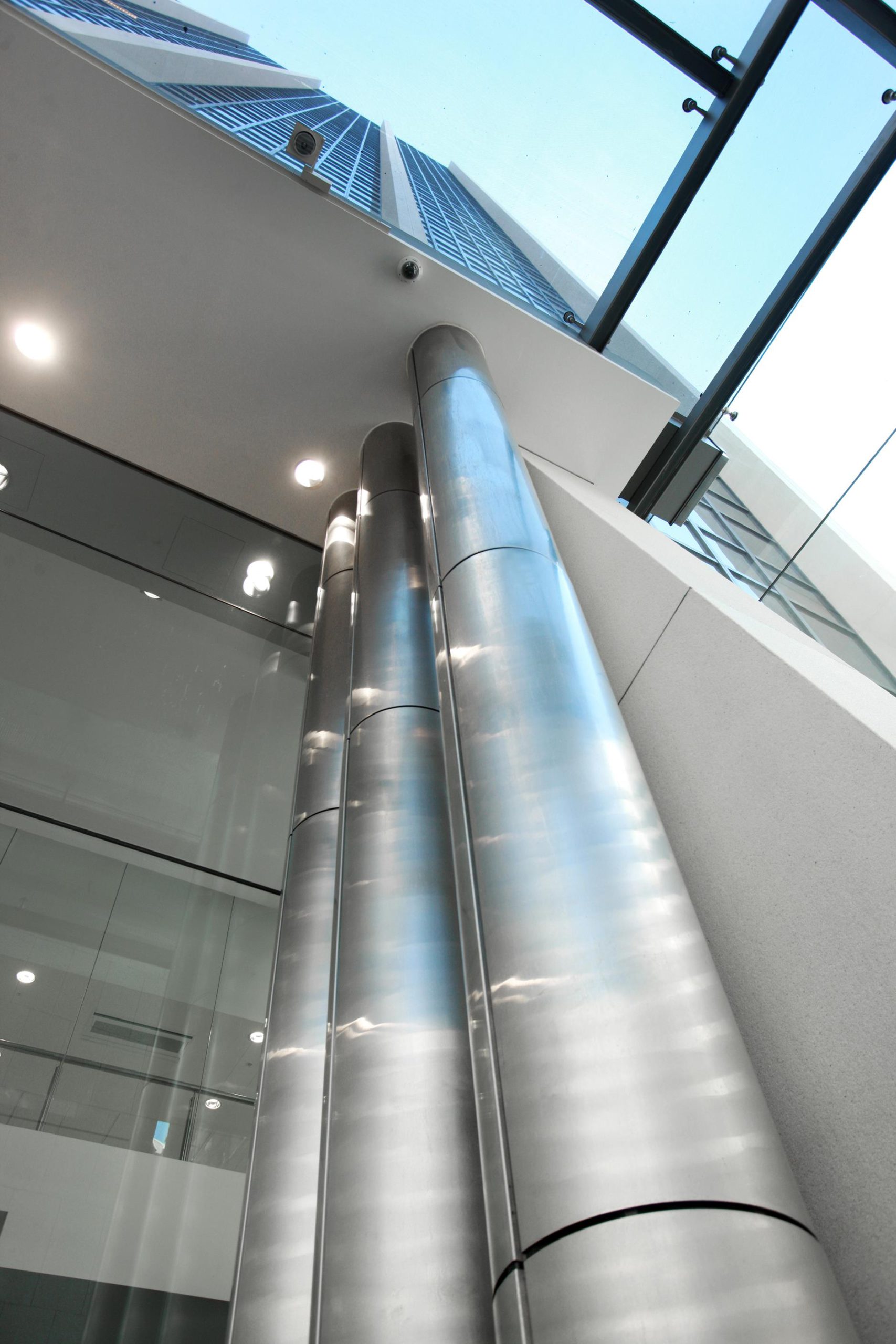 20 Bond Street is an existing 30,000m² office building located in the heart of Sydney’s CBD. The site straddles the Tank Stream, which was Sydney’s first water supply and in 2009 work commenced on the refurbishment of the building.

Floth was initially appointed to undertake a services audit as the mechanical, electrical, hydraulic and fire services engineers, and was then engaged to design and document a refurbishment of the building services. With the exception of the chiller and cooling tower plant, the majority of the services were replaced due to their age and to improve the energy and water use efficiency.

The project has achieved a Green Star Office Design rating of 4 Stars and a NABERS Energy rating of 5 Stars. The existing main chillers were retrofitted with variable speed drives to improve their efficiency.

An active chilled beam system was selected for the air conditioning which was connected to the existing chilled water system for space efficiency. The use of this system enabled a disabled toilet to be incorporated into the redundant on floor plant room space. Floth was able to eliminate the smoke exhaust fan rooms at the perimeter of every alternate floor. These innovative designs provided an additional 525m² of nett lettable area (NLA)in the building which has a capitalised value of more than $3,500,000.

Floth specified 1200×600mm modular chilled beams, rather than the standard 2400×3000mm. This allowed for easy relocation of partitions depending on tenancy needs. The beams which are located in the ceiling grid also proved to be very cost efficient, eliminating the need for perforated ceiling tiles, acoustic treatment in the ceiling void and a white noise generation system.

The building remained 15% tenanted throughout the refurbishment. Floth produced work sequencing methods which enabled work to be completed without shutting down electrical and air conditioning services during business hours, despite the fact the new main switchboard and new condenser water pipework was installed.
Floth identified a sub-floor space below Basement 4, which was able to be used as a fire rated fire pump room. As a result, Floth was able to move the existing pump system from a non-compliant fire location to a secure fire-rated room adding to the overall fire safety of the building.

As the Sustainability Consultants for the project, Floth was responsible for achieving a Green Star Office Design Rating of 4 Stars, a NABERS base building commitment agreement for 5 Stars and providing a report to attain Green Building Funding from the Commonwealth Government.

Special T5 light fittings were specified. This enabled the project to simultaneously maximise the requirements of the Green Star Credits to achieve lighting levels less than 400 lux and have a power density of less than 1.5W/m²/100lux. By installing the T5 lights, the overall number of light fittings in the development were reduced, which resulted in significant savings in the capital and operating costs.Floth’s electrical and mechanical engineers worked closely with the tri-generation contractor to undertake detailed computer simulations of the tri-generation plant, to ensure maximum optimisation of the plant’s gas powered generator and absorption chiller were achieved. The overall results showed the installation of the tri-generation plant improved the building’s NABERS energy rating by 22 percent.