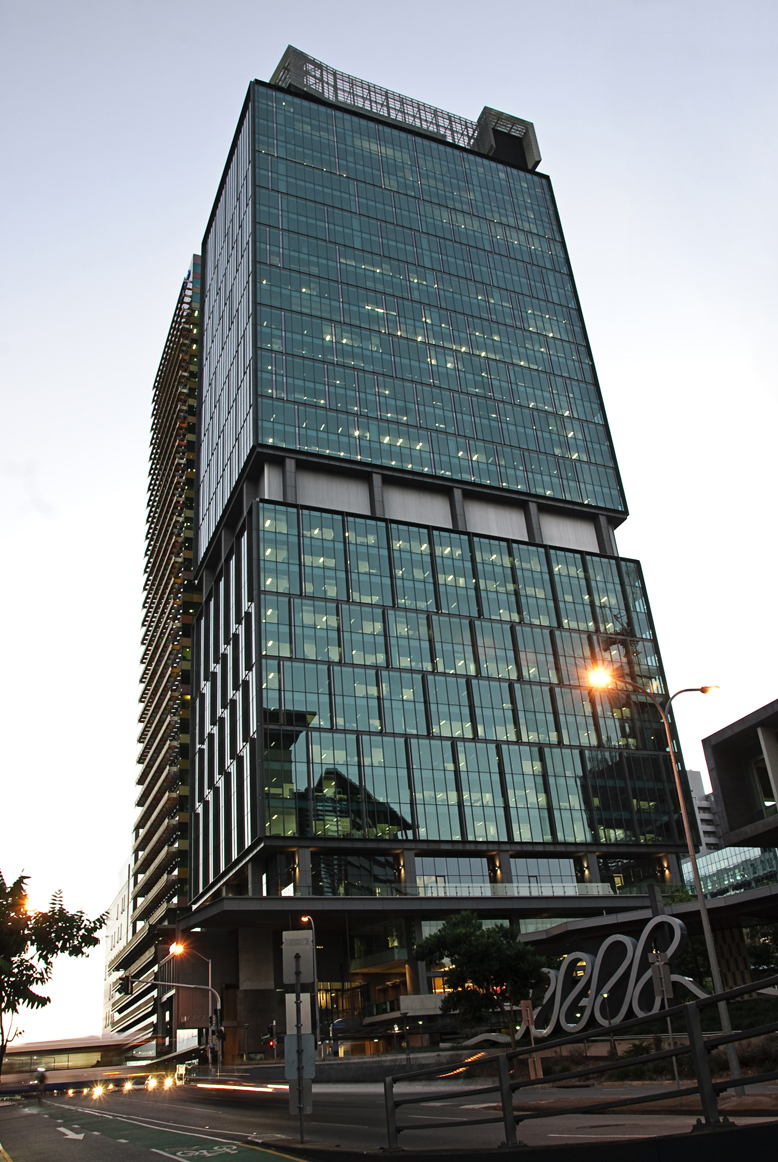 Floth was appointed as the sustainability professional on the 400 George Street development, and held the responsibility for leading design team to deliver one of the first 5 Star Green Star ratings for a highrise commercial tower in the Brisbane CBD.

Sustainability was a primary focus of the development; however, Floth was required to consider other sustainability factors including the financial cost of the building and maintenance costs. Capital costs and revenue targets were also important factors, particularly in regard to space efficiency which can be significantly affected by the Green Services Design.

A majority of commercial office air conditioning systems account for 40 to 50 percent of the buildings total electrical power consumption, making the design and application process critical to the building NABERS rating.

The implementation of Floth’s air conditioning system was one of the key features which contributed to the building being modelled at 5 Star + a 10 percent reduction in CO² emission NABERS Energy rating.

Allocating a location for the major electrical infrastructure of the substation and standby power diesel generation was another design challenge Floth faced. In order to maximise useable space in the basement, Floth’s design solution positioned the generator and substation over and under the entry driveway respectively. Floth’s design also minimised the basement depth resulting in lower costs and a reduction in construction time.